With the recent tragic loss of two firefighters in the Back Bay and the Marathon approaching, the city of Boston has been on my mind a lot lately. A place I called home from 2003-2013. A place where I became who I am today.

Thank you Boston, for teaching me its not about getting knocked down, but how quickly you get back up. I will never forget where I was last April during the Marathon bombings. With friends outside Fenway Park taking in the tradition of Marathon Monday, my favorite day of the year to be in the city. 7 a.m. beers, Sox game, and then head down Boylston St to cheer on all the runners as they cross the finish line. Except there was no celebrating this time around. Shock, confusion, hysteria and so many other emotions ran through the city on April 15, 2013. But the strength, unity and perseverance shown by the entire city in the weeks that followed was something I am inspired by to this day. Being back at Fenway just days later alongside my brother Josh Waxman to hear Big Papi scream, “this is our fucking city!” was a moment forever to be etched in the memory of Red Sox Nation. I get goose bumps just thinking about it. No doubt the city will rally around each other once again and return stronger than ever after the tragedy on Beacon St. last week.

Thank you Boston, for teaching me it’s the people in your life, no matter the circumstances, that truly matter. Our group of friends throughout the years has become known as The Circle. Friendships that have turned into family. From Suffolk to Cactus Club, SmartBear to Portland, Maine, I know that no matter where life takes me, members of The Circle will be there at a moments notice for anything I would ever need. Advice, a laugh, a beer or a shot. Anything. It is truly the greatest group of people I have ever met. Yearly tryouts to gain admission into The Circle are held every summer on the 4th of July on Old Orchard Beach in Maine. Contact Ben Waxman for details.

Thank you Boston, for being the hub of countless amazing musical memories. Take one look at my Instagram feed and you quickly see I tend to enjoy a bit of the rock n roll. With Boston you have every artist or band worth a salt coming through on tour, as well as reachable distances to Newport, the Berkshires, Portland, Providence, NYC. The list goes on. Mitch Miskified and I even had a run with the music site DedMelsHQ to track our never-ending musical journey (we will ride again!). I can’t wait to someday steal Uncle Frank the Tank’s idea and frame all my concert tickets I’ve been collecting. Got some good ones in there!

Thank you Boston, for teaching a lifelong heartbroken Minnesota sports fan what its like to root for a championship caliber sports town. Seven titles in ten years as a resident. A streak that might never be surpassed. It felt like every season there was a different wave of support drawn throughout New England for whichever team was competing for a title. Yes I swallowed my pride year after year and will forever root for those lovable losing franchises in MN, but at least I got to witness KG get a ring in ’08. Anything is possible.

I may never leave Ireland. I may end up in sunny Manhattan Beach. Regardless of whether Boston is considered home again, I know with certainty that the friendships created and memories made in that pesky little town in the Northeast will be along for wherever I end up.

Thank You Boston. Don’t ever change. 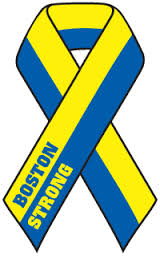