EDITORS NOTE: the following post originally ran in the American Business Magazine Summer 2015 series put on through the Irish Times, on the topic of similarities and differences between running a business in the US and Ireland. 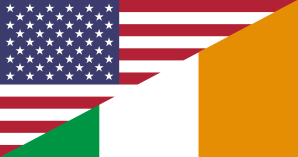 When I think about the differences between doing business in Ireland vs the US, I’m struck at first by how many similarities there are. When I first relocated from Boston to Galway in early 2014 to build SmartBear’s new EMEA HQ I was expecting a much bigger culture shock than I experienced.

When recruiting new team members, no matter the location we are maniacally focused on hiring super talented, driven people and providing all the resources required to achieve success in their careers. And from a go to market perspective, whether Sante Fe or Serbia our sole mission is to help our customers build, test and deliver the world’s greatest applications. To date we have software pros using our tools in 194 countries (yes that is all but two countries in the world. Uzbekistan and Kyrgyzstan we are coming for you.) It is a connected world we live in and for our company mission (maximizing software quality) the message is truly a global one.

However there have certainly been a few areas I’ve noticed in terms of cultural differences between the U.S. and Ireland:

A sales office in the US has a much more “high fiving, gong ringing” culture to it. When a big deal closes in Boston it is common to hear drum beating and plenty of congratulatory shouts across the floor. In Ireland one of my reps closes a six figure deal and the team gives her a “fair play to ye lad, onto the next one now” response and goes about their business. I remember trying to high five a team member once after closing a tricky deal and he thought I was coming over to attack him. Lesson learned.

US sales people have a more confident / cocky nature to them, which doesn’t always come across well trying to do business in Europe. We sell into over 60 countries in the EMEA region, all of which have their own distinct culture, language, and customs. The great thing about employing an Irish sales force for this market is the Irish sales person is far more understated in their approach which lends itself much better in communicating cross culturally. As the “resident Yank” in the office it has been a fascinating learning experience to see this approach be so successful. Turns out the louder someone shouts on the phone doesn’t always translate into happy, successful customers.

US work culture is much more of a 24/7 always on mentality, whereas the Irish tend to work a more efficient traditional work day, and are much better at creating a healthy work life balance. Last summer one of my reps asked for assistance on an account when I realized the customer had emailed the night before at 7pm, yet he hadn’t responded until the next morning. When asked had he seen the email the night prior, the answer was no. And to my pleasant surprise the world didn’t come to an end because of the next day response, and we still got the deal before the week was over.

So which is better, doing business in the US or Ireland? I don’t think there is a right or wrong answer. Although quite similar at times there are plenty of idiosyncrasies between doing business on each side of the Atlantic. And that isn’t necessarily a bad thing.