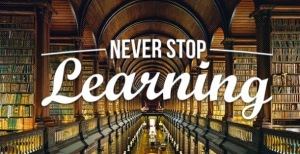 I was recently invited to co-chair a panel at NUI Galway with a group of MBA students visiting from Fordham University in NYC. The topic was around creating a startup in Ireland (last minute addition to the panel was Ireland’s famous entrepreneur Padraig O’Ceidigh; to say I was punching above my weight in sharing the stage with Padraig is a massive understatement). It was an engaging group of students who were interested in learning how I went from age 23 as a broke bartender living month to month in Boston to age 29 relocating to Ireland to run Europe for a multi-million dollar software company. The group had a lot of great questions and the panel could’ve stretched on for several hours. The short answer to how I got to where I am today is there is no silver bullet or substitute for dedication and hard work. There were however three topics covered that have helped me along the way that I felt would be worthwhile sharing.

Two-year job sprints: I first joined SmartBear in a junior business development sales role with zero prior industry experience. The thought of cold calling QA engineers to pitch them new software tools wasn’t the most exciting proposition, but I was broke and needed to pay rent. So I said I’d give it two years and see what happens (I originally chose two years because at the time it was the longest I could picture myself sitting in a dull cubicle in suburban Massachusetts making 100 calls a day). Along the way I sketched out what success would look like both professionally and financially with the help of a few mentors who were consistently coaching on areas to focus on. After the initial two–year run was up I realized the roadmap exercise was very effective at keeping me motivated and focused on the areas I needed to improve to continue growing in my career. It is a process I still use today and highly recommend. Typically year one is formulating your ideas on what is needed for success and testing out various approaches. Year two is all execution. No matter what role you are in, map out a two-year roadmap for what you would like to achieve and work against it, constantly seeking performance feedback along the way. I listened to an interview with Matt Mazzeo from Lowercase Capital recently where he and Mark Suster from Upfront Ventures spoke at length about the power of continuing to seek feedback. Matt went so far as to sit Mark down frequently and say, “Go ahead. Beat the shit out of me. What could I be doing better?” I love the passion and honesty.

I am not advocating job hopping at the end of every two-year sprint. However this approach will serve well to keep you driving towards success in your current role and put you in a good place to either move up within an organization or take on a new exciting project that is more mentally stimulating when opportunities arise. As a manager I always try and hire candidates who are driven to eventually want my job. The two-year sprint approach lends itself nicely to these types of people.

Build your personal Board of Directors: This was one of many great tips shared by Padraig O’Ceidigh and something I’ve followed the last several years. The idea is to assemble a circle of people who act as mentors and provide guidance throughout your career. These people can come from three different areas:

Create your own circle and check in with these people frequently. It is amazing how much knowledge and advice they are all willing to share at a moment’s notice.

Always be learning: Sounds basic, but Twitter makes it so easy to curate the type of info I like to consume on a daily basis. I commit to at least one hour each day of reading from industry thought leaders on various topics. Successful entrepreneurs like Brad Feld, Fred Wilson, Mark Suster and Dharmesh Shah write so frequently on what it takes to build and lead a successful tech company that I don’t think it is far fetched to say I’ve been exposed to an entire MBA curriculum simply by following their blogs closely the last 5-6 years. And without the six figure price tag or two year opportunity cost.

Like I mentioned earlier the discussion was wide ranging and thought provoking and hopefully the idea behind two-year job sprints, personal BOD’s and commitment to following industry thought leaders online will be helpful takeaways, no matter where you are in your career journey.

Thanks again to Dr Drury – Grogan for inviting me to speak to your class. Hopefully they enjoyed it as much as I did. And Mr O’Ceidigh if you are reading this, I am definitely taking you up on the follow up coffee offer this summer in Galway City!

There was an error retrieving images from Instagram. An attempt will be remade in a few minutes.